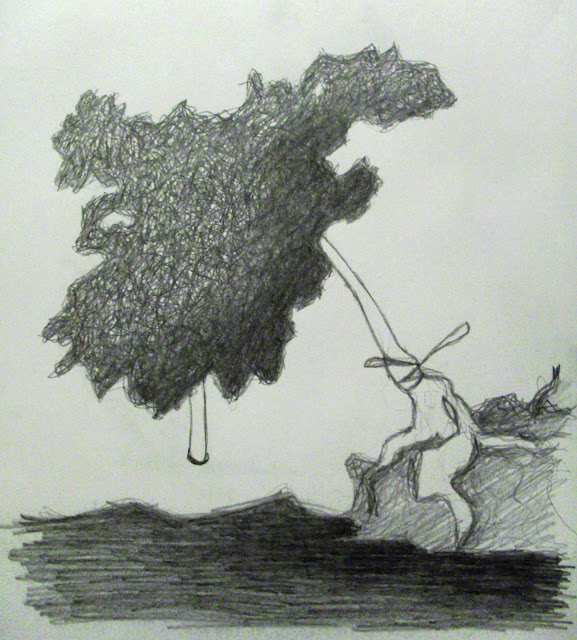 Sketchy sketchy sketchy. I am too lazy to write a new post so I'm going to copy/paste exactly what I wrote last night on DeviantArt.

So here is what's going on with me lately:

Now that summer is getting closer I find myself with way more energy. Today was spectacular out, which was nice since my/my brother's car broke down about a car length from a super-busy road, and we were sitting in it for about a half hour waiting for a tow with the windows open. That was fun.

On my own: I've been working on a few things. Been hanging out at Studio Sunday - http://www.lovesickrobot.org/studiosunday/ - I'm working (slowly) on one really big project, that could really be seen as a massive amount of really small ones, and at least two other unrelated smaller ones...

I really like designing logos, although I've realized that making them for people who have no knowledge of art is practically impossible. For example, I made about 10 logos to start (all similar to the company logo) and the bosses got to talking about changes like changing the type on one to a font that was closer to the original logo. Here's the kicker-I had another logo, the SAME DESIGN with a font that was much closer to the one in the original logo. Totally frustrating.

Posted by Heidi Schwartz at 1:05 PM